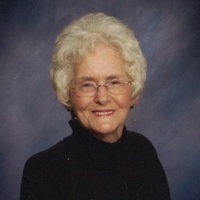 Peggy (Hailey) Pineau-Caughron passed away in the company of her children and family at her home on Thursday, September 20, 2018 after losing her battle with cancer.

She worked as the Administrator of the Lunch Program at St. John’s Catholic School in McAlester and later transferred to the McAlester Public School lunch program. She volunteered at the First Christian Church Soup Kitchen. She was a lifelong resident of McAlester and enjoyed crafting and winning an award for her handmade dolls. She was also a collector of dolls. She loved her plants and flowers and took great pride in her yard.

She took up camping at the age of 80 and was a caregiver for her mother “Sally” until she passed. She loved her family and took great joy in seeing them.

She was a shining light to all who knew her and her legacy will live on through her family. She was much loved.