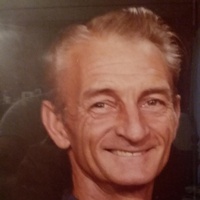 Leroy was born on August 8, 1930 in Hoffman, Oklahoma to Roy and Nellie (Bundy) Painter.  He served in the United States Army during the Korean Conflict.  He married Charlene Thomas on December 3, 1949 in McAlester.  He was an avid hunter and fisherman and watched all of his kids, grandkids and great-grandkids sports activities.  He was a member of Life Church.

He was preceded in death by his parents, Roy and Nellie Painter and brothers, Jim Painter and Tommy Painter.