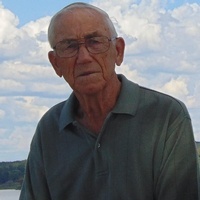 Graveside services will be 2 p.m. Monday, November 19, 2018 at the Arpelar Cemetery Pavilion with Chris Bullard officiating.

Bob was born on September 6, 1932 in Haileyville, Oklahoma to Columbus and Myrtle (Bishop) Johnson.  He married Correna Akin on April 3, 1954 in Eufaula, Oklahoma.  He served in the United States Army during the Korean Conflict and later the National Guard for a total of 41 years of service.  He attended the North McAlester Free Will Baptist Church.

He was preceded in death by his parents, Columbus and Myrtle Johnson; four brothers and four sisters.