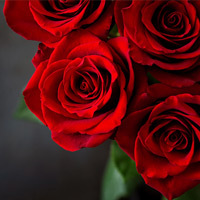 Funeral services will be 9 a.m. Friday, November 23, 2018 at Brumley-Mills Funeral Home Chapel in McAlester with Rev. Dr. Matt Judkins officiating.  Burial will be at Oak Hill Cemetery in McAlester.  In lieu of flowers, the family suggests a gift in Mimi’s memory to either the Heartland Hospice or the Oklahoma Conference of the United Methodist Women.

Mildred was born on October 16, 1920 in Lehigh, Oklahoma to William Oscar and Winona (Walker) Holladay.  She married James Edward “Bullet” Knight on April 2, 1942.  She was co-owner and Vice President of the McAlester Wholesale Company.  She was a member of the First United Methodist Church (Grand Avenue) and she was a long-time member and president of Grand Avenue and State United Methodist Women, the Crepe Myrtle Garden Club and the Garden Club of Oklahoma.