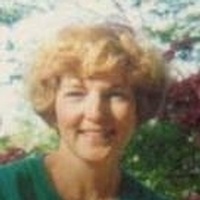 Judy was the second born child of Ernest and Juanita Gass and came into this world September 29th, 1942 in Tulsa, Oklahoma.

She graduated from Tulsa Central High School, class of 1959, and attended college at Northeastern in Tahlequah. She married Virgil M. Boswell in May of 1967 and they owned and operated a small retail spirits business in Grove, Oklahoma during the 1970s.

Students called her “Mom” and one band student even wrote a song for her and performed it when she ran for Mayor of Tulsa in 1986. Judy’s interests included volunteering for literacy efforts, the Republican party, and travel as she hiked a portion of the Appalachian Trail and traveled all over Europe.

She loved to read, travel and to spend time with family and friends. In lieu of flowers, memorial gifts in her name can be made to the McAlester Regional Literacy Council, 401 North 2nd Street McAlester, OK 74501, phone: 918.421.4931, email: MRLC@mcalesterlit.org.