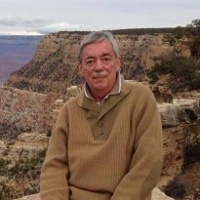 David Burton Conley, born September 29th, 1954 from Tulsa, OK, died June 27th, in Tulsa, OK surrounded by his wife and daughter. It's all about the (-) between the birthdate and death, and David made the most of his dash. From early on, David became the patriarch of his family helping his mother raise his younger brother and sister, after his father passed away. Always a born leader, steadfast, and honest, he was always someone you could rely on. David was an avid traveler, visiting 6 out of the 7 continents, and enjoyed many adventures with his wife of almost 30 years, Linda Conley. David adored his wife, who was his best friend and soul mate, and equally in his affections was his daughter and granddaughter, Veronica and Victoria. David made every attempt to invest and be as active and present in both their lives whether it was attending every cheerleading event for Veronica, bringing both of them to concerts and on vacations, or simply being the best Sir D a granddaughter could ever ask for. Any person you ask would say, David was top notch, and would have you entertained with his mischievous sense of humor.

David Burton Conley is preceded in death by his Father, William Conley and his Mother, Martha Conley. He is survived by, his wife, Linda 'Postier' Conley of Tulsa, OK. His daughter and husband, Veronica and Nathan Foster, of Broken Arrow, OK. His granddaughter, Victoria Foster, of Broken Arrow, OK. His brother, Mark Conley (wife Carolyn), Norfolk, MA. His sister, Barbra Droll (husband Mike), Canastota, NY. His four nieces and nephews, Sarah Droll, Rustin Postier, Scott Conley and Katherine Conley. He is also survived by many extended family members on both the Postier and Conley side. David's dash at life, for most would read like a real life fairy tale. He loved life, and loved others even harder, leaving many with a special footprint of him on their hearts. He will be greatly missed, but remembered by his dash forever. We love you David/Daddy/Sir D.