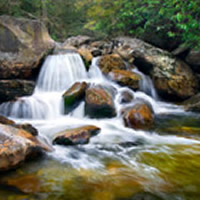 Clyde was born on July 9, 1944 in Mobile, Alabama to Clyde L. Heathcock, Sr. and Edith (Freeman) Heathcock.  He married Patricia Warren on May 21, 1966 in Krebs, Oklahoma.  He received a Bachelor’s Degree from East Central University in Ada and was a Sergeant in the National Guard.  He was a retired police officer with the McAlester Police Department.  He also retired from the State of Oklahoma CLEET and later retired from McAlester Public Schools.  He was a Mason and a member of the McAlester Sertoma Club.  He enjoyed ham radio, hunting and fishing.  He was a member of the Calvary Baptist Church in McAlester.

He was preceded in death by his parents, Clyde and Edith Heathcock; a son, Brian Todd (BT) Heathcock; father-in-law, Charles Ed Warren and mother-in-law, Duretta Smith