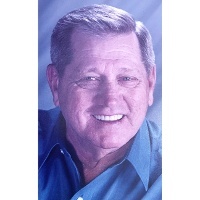 Bobby Gene “Pappaw” Sisco, 86, of Pittsburg, died Thursday, July 4, at St. Francis Hospital in Tulsa. Viewing for Bob will be Sunday from 1:00 p.m. to 8:00 p.m. and Monday morning at Brumley-Mills Funeral Home in McAlester. Funeral services will be Monday, July 8, at 2:00 p.m. at the Kiowa School auditorium with Brother Jim Ray officiating. Burial will follow at Pleasant Valley Cemetery. Pallbearers are Michael Stone, Todd Stone, Camden Stone, Cache Stone, Carl Hackler, Aaron VanVekoven, Hunter Wilson and Coalton Carano. Honorary pallbearers will be his coffee shop buddies. In lieu of flowers the family asks that memorial donations be made to the Carsyn Hackler Memorial Fund at the Bank NA or the Kiowa First Bank.

Bob was born on Aug. 28, 1932 in Ashland to Thomas and Ollie (Williams) Sisco. He grew up there and has lived there and then in Pittsburg all his life and was married to Mary Elizabeth (Staples) Sisco of Pittsburg. She preceded him in death. Bob served in the U.S. Army until his honorable discharge in 1955. He then went to work at the Army Ammunition Plant and retired as the Director of Information Management. He was responsible for the installation of the first computer at the Base. He was also a member of the Staples (Kiowa) Masonic Lodge as a 32nd degree Mason.

Bob enjoyed hunting and fishing and feeding all the deer in Pleasant Valley, and watching all the hummingbirds at his feeders. But most of all he loved watching his grandkids and great grandkids play ball; he was their biggest and best fan. Bob loved life and loved his friends and family and had the best laugh and best hugs of anyone. His encouragement and unconditional love will be remembered by many. He was Pappaw to everyone.