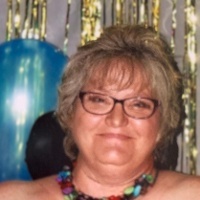 Services will be 11:00 a.m. on Saturday, August 17, 2019 at the Northside Assembly of God Church with Rev. Brian Smith officiating.  Burial will be at Memory Gardens Memorial Park.

Melinda was born on July 11, 1966 in McAlester to Ernest Edward and Luda Mae (Hood) Dobbs.  She lived most of her life in McAlester and married Jack Roberts on May 23, 1988 in Thatcher, Arizona.  She enjoyed painting, coloring, walking buddi, knitting, shopping for jewelry and clothes and loved being around children.  She attended Northside Assembly of God Church.