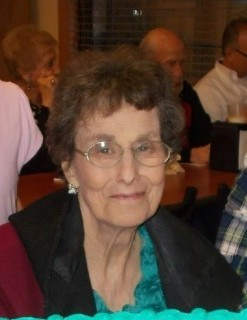 A graveside service to honor and remember the life of Anita Wilmott will be 3:00 p.m. Wednesday, September 25, 2019 at Bixby Cemetery. Anita passed away on Thursday, September 19, 2019 at Porta Caeli House in Tulsa. She was 83.

Anita entered this life March 18, 1936 in Farmington, Utah, the daughter of Eugene and Elizabeth (Remington) Manning. She was raised mostly in Pico Rivera, California where she was introduced to her brother’s best friend, George Wilmott. The couple married June 18, 1953 and would settle on a farm in Bixby, Oklahoma where they raised their two children. Anita and George would spend 55 years of marriage together until George’s passing in 2008.

A hard worker, Anita raised cattle and chickens on the farm. She also bailed hay and was known to be a terrific cook for her family. Outside of the home, she was employed by Fred Jones Ford and Citizen’s Security Bank where she worked many years as a receptionist. Anita was described as witty and quite the character. She had a heart of gold and those closest to her will remember her for always being there for her family and friends.

Anita was preceded in death by her husband; her parents; her son, Leslie Wilmott; and her granddaughter, Krystle Dawn Fletcher.