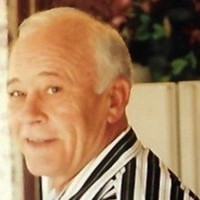 A graveside service will be held Monday, 10:00 a.m., September 30, 2019 at Woodland Memorial Park Cemetery in Sand Springs with Reverend Steve Loveless officiating. Arrangements have been entrusted to the care of Mobley-Groesbeck Funeral Service of Sand Springs.

Charles was born on May 6, 1940 in Anderson, Missouri to Nathaniel and Ruby (Hawthorne) Lunn. He attended school at Sand Springs and entered the United States Army during the Vietnam War as a Tank Driver. After his honorable discharge, Charles married Linda Tipton on December 14, 1964 in Miami, Oklahoma. The couple moved to Broken Arrow in 1972 and Charles went to work for Allied Plumbing and retired after thirty-five years as a plumber. Charles loved trout fishing, hunting, motorcycle riding and loved watching his kids and grandkids play sports.

Charles was preceded in death by his parents; three brothers and four sisters.

Online condolences can be left for the family at www.mogro.co