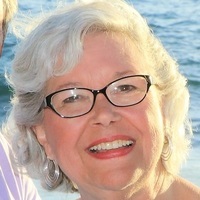 Barbara, age 71, passed away Wednesday, October 30 due to complications related to myelofibrosis following a recent surgery. She was surrounded by her devoted family and cherished faith community in the final moments of her life. Barbara was a kindhearted, loyal and endlessly generous woman who spent her life making everyone she knew feel loved and supported.

Barbara was born June 2, 1948 in Ft. Worth, TX and spent several early years in Santa Fe, NM. Upon moving to Tulsa as a child, she attended Horace Mann Middle School and graduated from Central High School in 1966. Possessing gifts for math and technology as well as an impressive business acumen, Barbara graduated from The University of Tulsa in 1970 with a bachelor’s degree in business education. She held multiple professional positions at TU, including Director of Personnel, of which she was very proud. While Barbara may have retired from paid work at TU, she was a tireless volunteer, fundraiser and cheerleader for the university all of her adult life. She was a member of Kappa Kappa Gamma sorority and the Junior League of Tulsa where she served as president in 1992. She found immense joy in being active in both organizations for many decades. Barbara served on dozens of boards and committees throughout the Tulsa community, including the TU Board of Trustees, St. Francis of Assisi Tuition Assistance Fund, Bishop Kelley Advisory Board and The Church of Saint Mary.

She was preceded in death by daughter Kelly Ann Allen, her father, John Berkey and her mother, Harriet Fair Berkey, as well her delightfully quirky and brilliant brother, Brian Berkey.

Barbara leaves behind her loving and devoted husband, Nick Allen, with whom she shared 49 years of marriage. Together they have two strong and beautiful twin daughters, Kim Eshelman (Jay), and Ashley Fuller (Philip) and four fantastic grandchildren, Alden and Thad Fuller and Sloan and Nick Eshelman, who made Barbara so very proud and brought immeasurable joy to her life. In addition to dozens of extended family members who loved and respected Barbara so much, she also leaves hundreds of friends from every part of her life with whom she masterfully remained in contact on an often daily basis. We are all better for having had her in our lives and her positive energy and desire to improve the lives of others will live on with us.

In lieu of flowers, contributions in Barbara’s memory may be made to MD Anderson, specifically for myelofibrosis research, The University of Tulsa Tuition Assistance Endowment, or Catholic Charities of Eastern Oklahoma. A Rosary will be held Tues, Nov. 5 at 7pm, and a Mass of Catholic Burial with be Wed, Nov 6 at 10am, both at Church of Saint Mary where Barbara was a long-time parishioner.