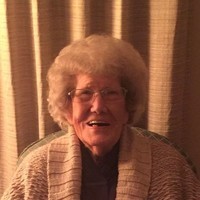 A celebration of life service will be Monday, 11:00 a.m., December 23, 2019 at Mobley-Groesbeck Chapel with Reverend Sam Crenshaw officiating. Walsa will be laid to rest at Woodland Memorial Park Cemetery in Sand Springs. Arrangements have been entrusted to the care of Mobley-Groesbeck Funeral Service of Sand Springs.

Walsa was born on July 14, 1922 in Wetumka , Oklahoma to James Edward and Lillie Mae (Crabtree) Finney. She graduated from Wetumka High School and married Tony Foxx on June 7, 1941 in Ada and the couple moved to Sand Springs. Tony passed away on February 3, 2010 after sixty-eight years of marriage. Walsa pastored churches at Jennings and Berryhill and was a member of the First Assembly of God Church in Sand Springs for over fifty years. She had been recently attending church at South Heights Assembly of God in Sapulpa. Walsa was an ordained Minister with the Assemblies of God for over fifty years.

Online condolences may be left for the family at www.mogro.co